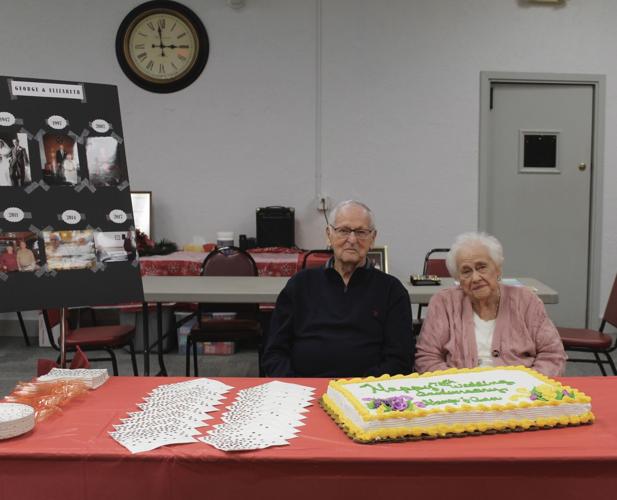 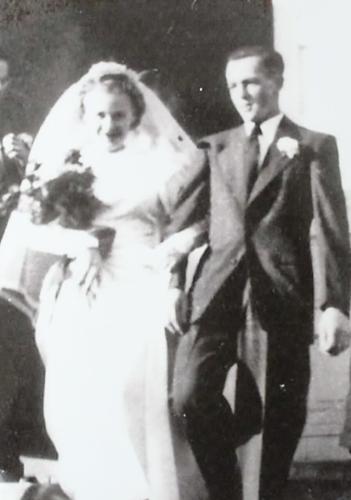 George and Ann at their wedding in 1947.

George and Ann at their wedding in 1947.

George and Elizabeth (Ann) Oglesby celebrated their 75th wedding anniversary on Dec. 28, 2022, with a cake and coffee reception in Morton. The celebration was held at Brandon Wood Retirement Center with over 30 fellow residents in attendance.

Health issues over the past few years have been a challenge, but the pair has overcome many difficulties side by side. George and Ann decided that they would stay together and take care of each other for as long as possible–which is exactly what they are doing.

George, 94, met Ann, 93, through a co-worker of his in the spring of 1947. George lived in Macomb and Ann in Colchester, Illinois, so they only saw each other once a week.

The couple welcomed their first child into the world in 1952 and they were able to purchase their first home in 1955. The couple had their second child in 1958. George worked with the 182nd Illinois Air National Guard and Ann was a homemaker who later found work in retail as the manager of the Top Value Stamp Store and then JCPenney.

Having spent the majority of their lives in the Peoria area, George and Ann decided to relocate to Mountain Home, Arkansas, in 1984 and experience a taste of new scenery.

The pair realized five years later that Arkansas was not where they wished to spend their days. They moved back to Peoria, where they remained until 2017 when they moved to Morton to be closer to their daughter.

The couple attributes their long marriage to doing almost everything together. Despite difficult bumps in their journey, including war and a global pandemic, they have managed to cherish many years together.

George and Ann make it a point to never go to bed angry and not to hold a grudge against one another, which has contributed to their successful marriage.

They cannot imagine being separated from each other after all these years. Together, they have two children, two grandchildren, one great-grandchild and two “grand dogs.”