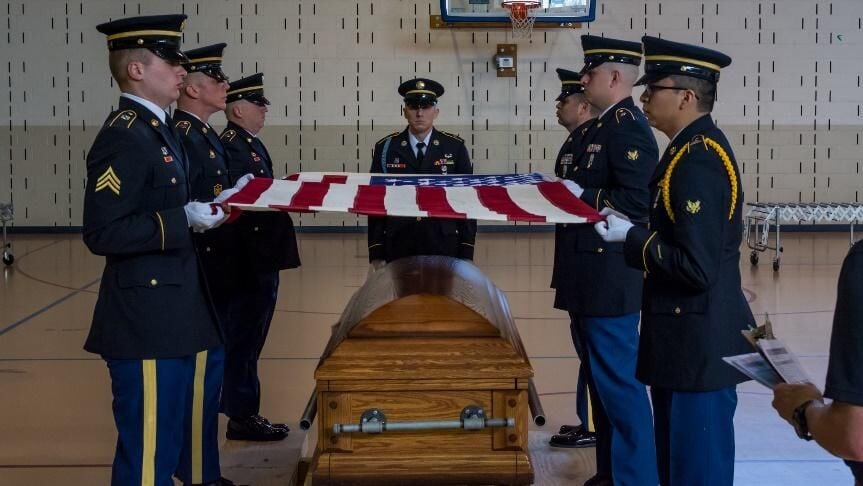 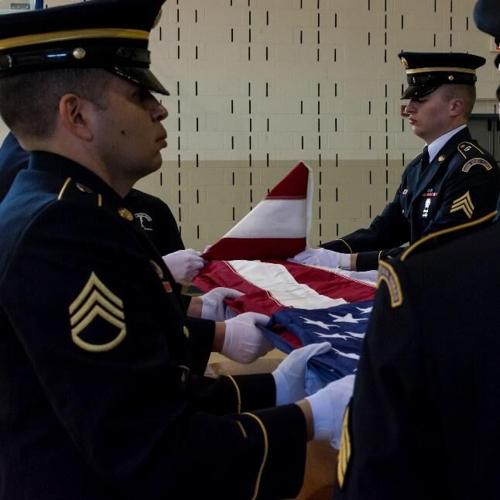 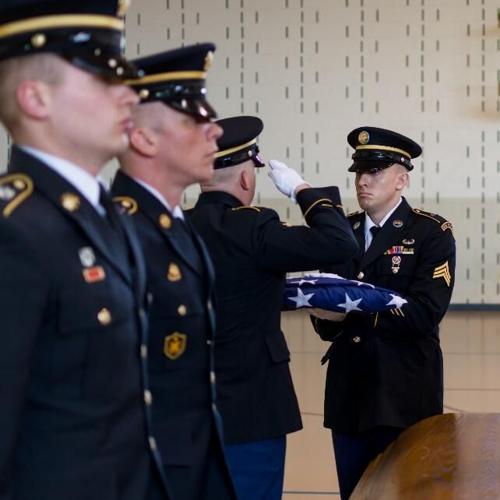 The military prides itself in honoring the legacy of veterans. Whether a service member dies in combat or a veteran passes away due to age, the military ensures the veteran is recognized for their service.

“The rendering of military funeral honors is one of the ways to show the nation’s deep gratitude to those who, in times of war and peace, have faithfully defended our country,” said Paul Kindred, Casualty Operations Branch Chief.  “The Illinois Army National Guard Military Funeral Honors pledges through commitment and training to continue to provide all eligible veterans of the United States with the appropriate level of Military Funeral Honors.”

During Fiscal Year 2022, the Honors Teams supported more than 3,100 ceremonies for soldiers of the United States Army, the Army Reserve, and the Illinois Army National Guard. This equates to nearly nine funerals per day.

“These are some of the most professional soldiers in our force,” said Maj. Gen. Rich Neely, the Adjutant General of Illinois and Commander of the Illinois National Guard. “I couldn’t be prouder of the great work these soldiers do while honoring the service of these Illinois veterans.”

Since 2005, the Illinois National Guard MFH program has supported funerals for more than 62,000 veterans across Illinois. That is an average of approximately 3,500 funerals each year. For four different years during that time span, the MFH Teams supported more than 4,000 funerals.

The Illinois National Guard MFH program has 16 full-time soldiers and is based in Springfield. They have four satellite offices in Marion, Decatur, Macomb and North Riverside. The satellite offices allow the MFH teams to support funerals throughout the state, with limited travel time. MFH soldiers take pride in their mission, and many see it as a privilege to pay respect to veterans who honorably served their country.

“The Illinois Army National Guard Military Funeral Honors renders these honors with the highest level of dignity and respect,” Kindred said. “Our soldiers take this mission very seriously and are extremely proud to provide military honors for our veterans, they train extensively to ensure the same high standards are utilized at each service.”

Requests for support come from the families themselves, funeral homes, and the Casualty Assistance Center at Fort Leonard Wood, Missouri. The ceremonies are conducted at no cost to the families. Families that did not receive honors at the time of burial can request an Honors Team to perform a ceremony at a later date for the family as well.

In 2023, Funeral Honors will continue to support as many requests as possible recognizing that the veteran population from World War II, the Korean War, and Vietnam War are aging. Illinois Military Funeral Honors continues to support the families of Illinois soldiers in their times of need and fulfills the Army’s mission to honor the service of all soldiers from Illinois.