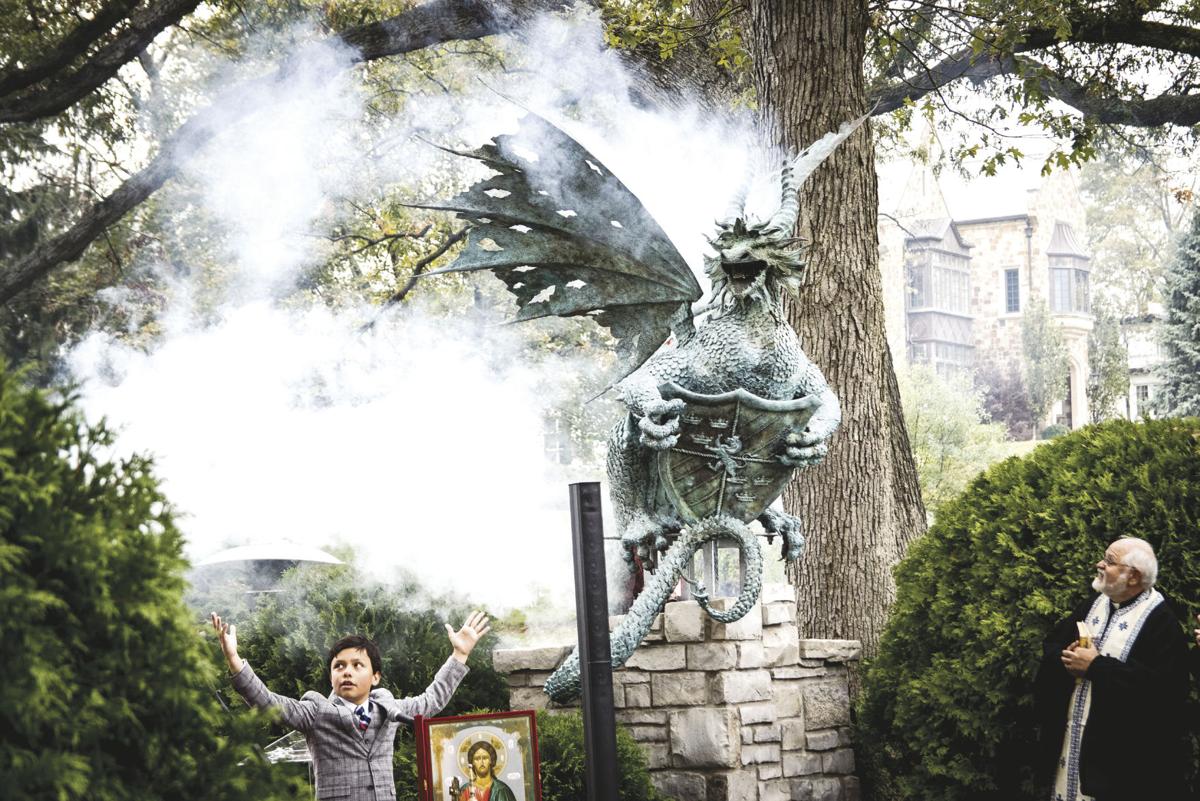 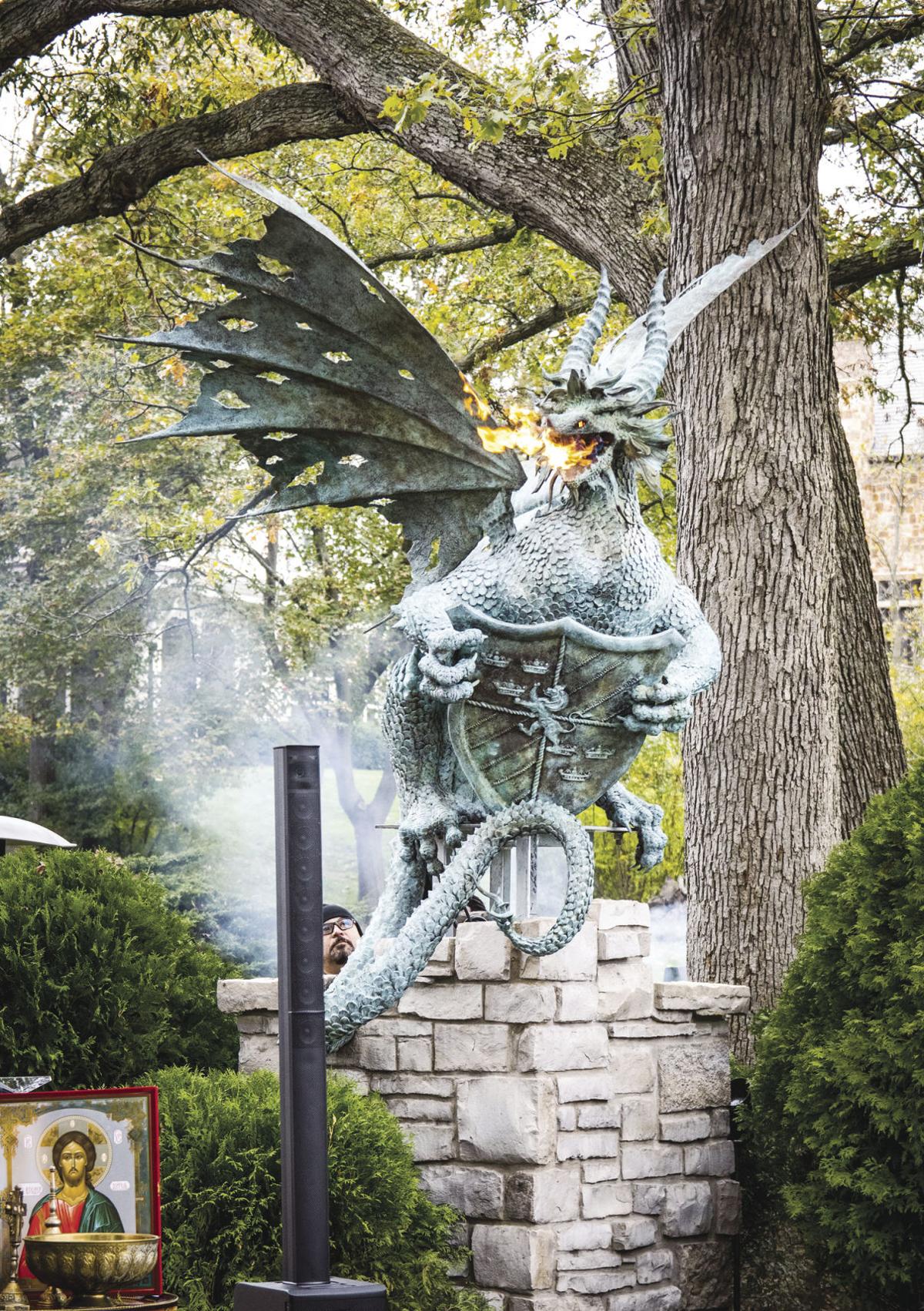 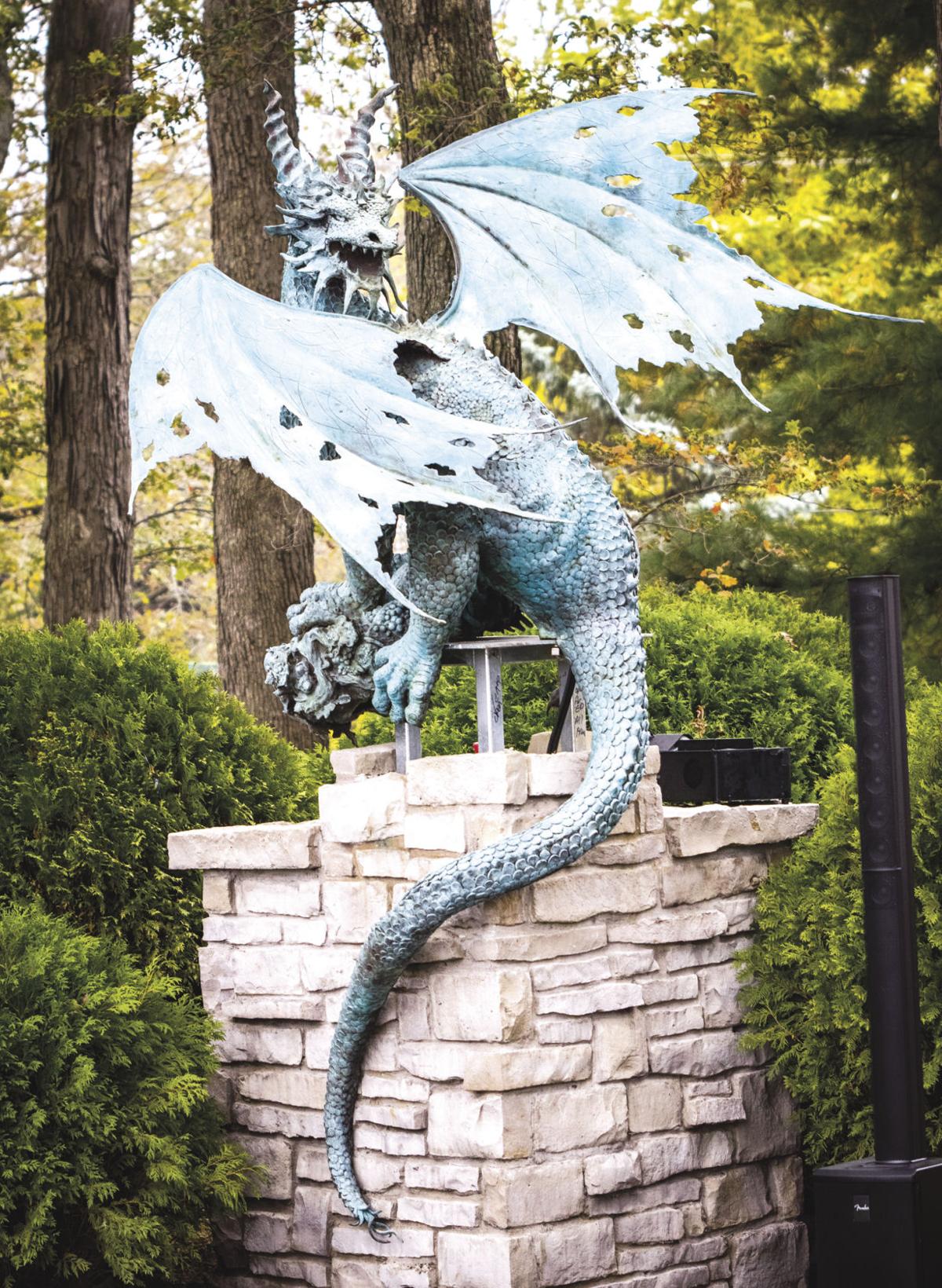 The property at 4717 Grandview Drive is one of the area’s most iconic landmarks. Built in 1929, the castle is an enchanting sight to passers-by.  Over the years, it has provided a scenic backdrop to many pictures, as well as a favorite place for kids to visit on Halloween night.

When Dr. Carl Soderstrom became the owner of the castle five years ago, it didn’t take long for him to realize that it was also a place full of mystery.

“There’s sounds, there’s footsteps,” Soderstrom said. “Sometimes, when you come by here, there’s smoke coming from the chimney...and there’s no one here.”

Dr. Soderstrom said he never could find the source of the phenomenon, so about three years ago he started thinking seriously about doing something to protect his home and all who enter.

He called up his good friend, world-renowned sculptor Lonnie Stewart, and the brainstorming process commenced.

Soderstrom wanted statues built to sit at the entrance of the castle. He originally thought lions would be the perfect guardians, but Stewart had his heart set on dragons.  Soderstrom agreed.

“Carl and I talked and discussed this, and he said “go ahead with the dragons”, he liked the idea,” said Stewart.  Though, Soderstrom’s vision was a bit more elaborate. “His input was ‘let’s have fire and smoke, and all the bells and whistles’,” continued Stewart.

That idea took Stewart to Las Vegas, where he tracked down pyro technician Ed Pratt. Stewart said Pratt was the perfect man for the job. Pratt, whose career in pyrotechnics has landed him jobs working with celebrities such as Michael Jackson, Garth Brooks and Vegas magicians Siegfried and Roy, agreed to bring his talents to the Soderstrom castle.

After two years of planning and building, the dragons were ready to be revealed to the public.

To celebrate the unveiling, Soderstrom planned a medieval-themed party complete with music by Barry Cloyd, who wrote a song especially for the occasion.

Last Saturday, more than 100 people gathered outside the gates of the Soderstrom Castle to witness the dream of Soderstrom and Stewart come to life in a very big way. Soderstrom’s grandson Dillon Soderstrom had the honor of introducing the life-size dragons Allula Amora and Mosta Maximus. Both made of galvanized bronze, the female dragon Allula, on the left, protects her nest of three eggs.  Stewart said this is common in dragon folklore, and it represents the prosperity and longevity of the Soderstrom name.

The male, Mosta, holds the Soderstrom crest. Onlookers were amazed when the dragons showed off their fire-breathing skills. Soon after the dragons were introduced, the castle and its new protectors were blessed by Soderstrom’s priest.

The otherwise frigid day was no match for the warm hospitality provided by the Soderstrom family. Afterwards, the crowd was invited to stay for a medieval meal featuring turkey drumsticks fit for a king.

There was even a few laughs along the way. “Carl was really upset when they (the dragons) arrived because the scales looked a little dry, so we sent them to the Soderstrom Skin Institute. Now they have a nice luster,” Stewart joked.

The next time you find yourself on Grandview Drive, make sure to slow down and take in the beauty of these majestic guardians at the gate.

“In your fantasy world, a protector is always nearby,” said Dillon Soderstrom in his introduction. “For this castle, Allula and Mosta are the guardians of its charm and mystique.”