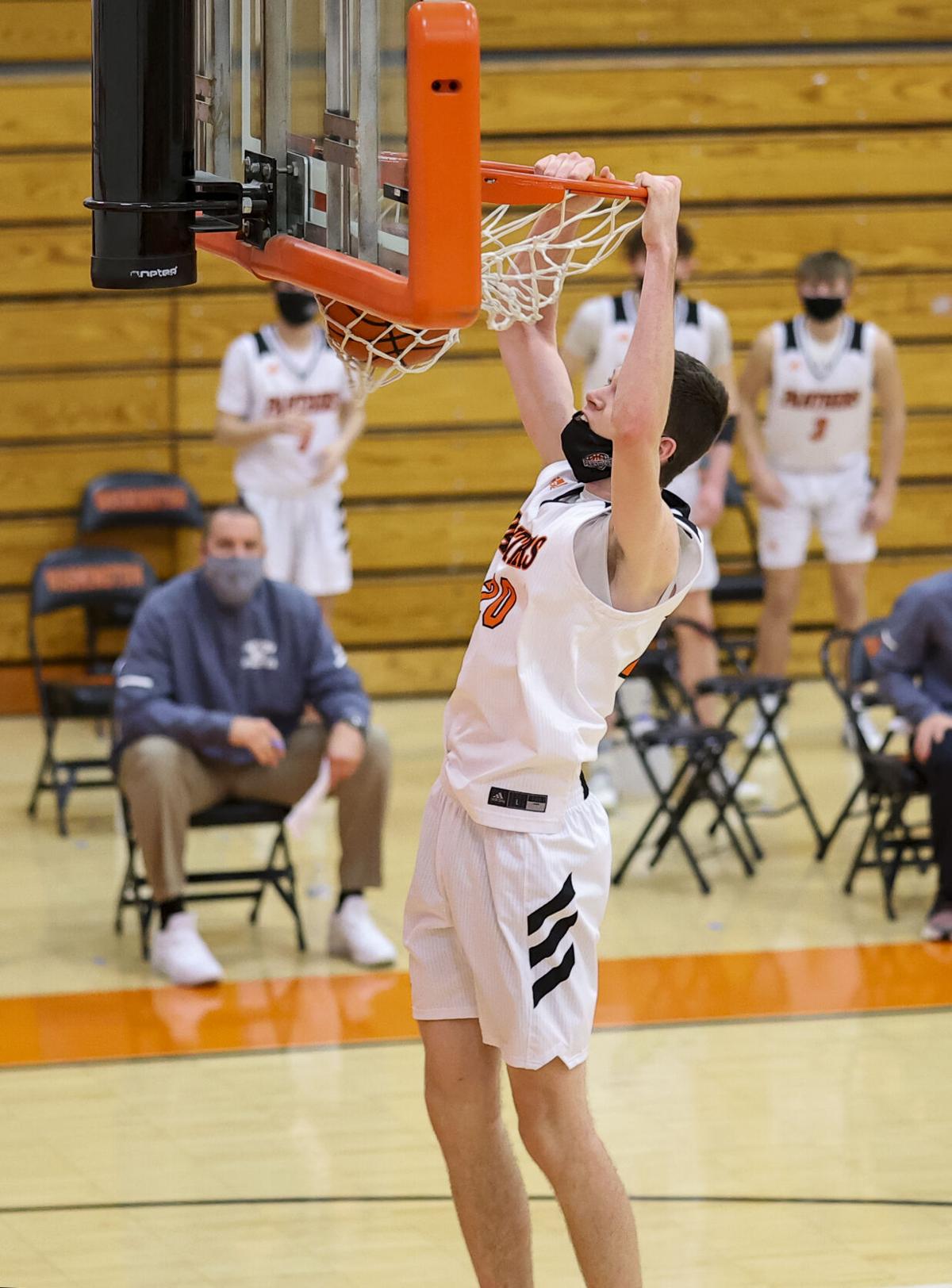 After a turnover due to full court pressure in the final minutes, Washington’s Tyler Bass goes up and dunks. 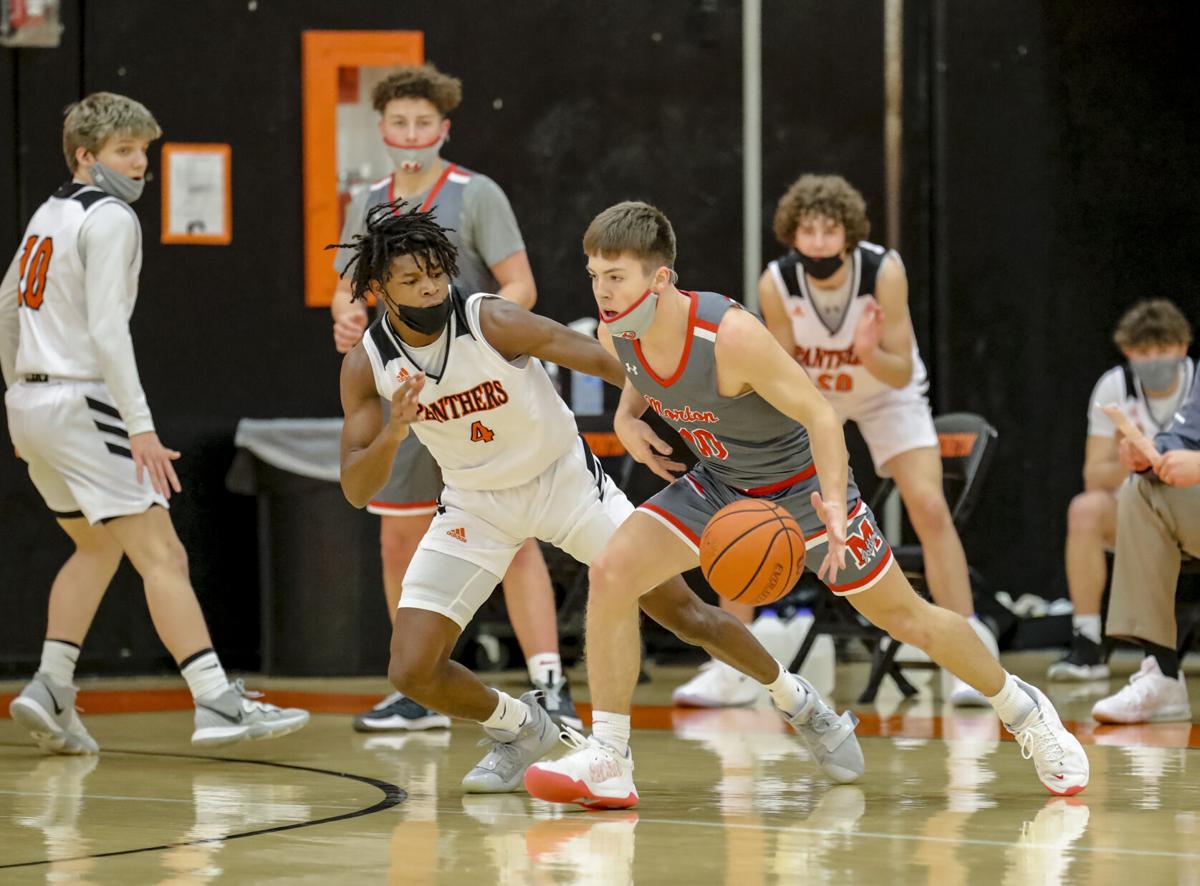 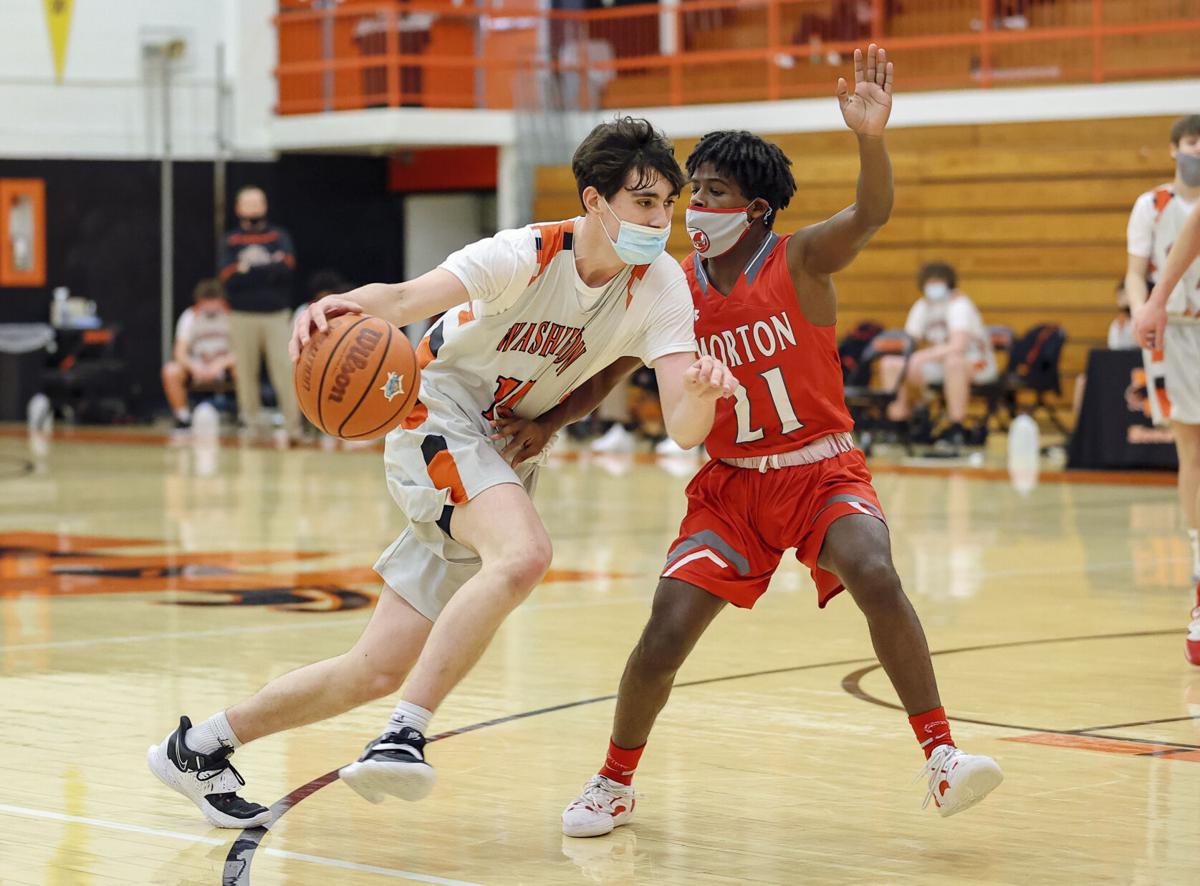 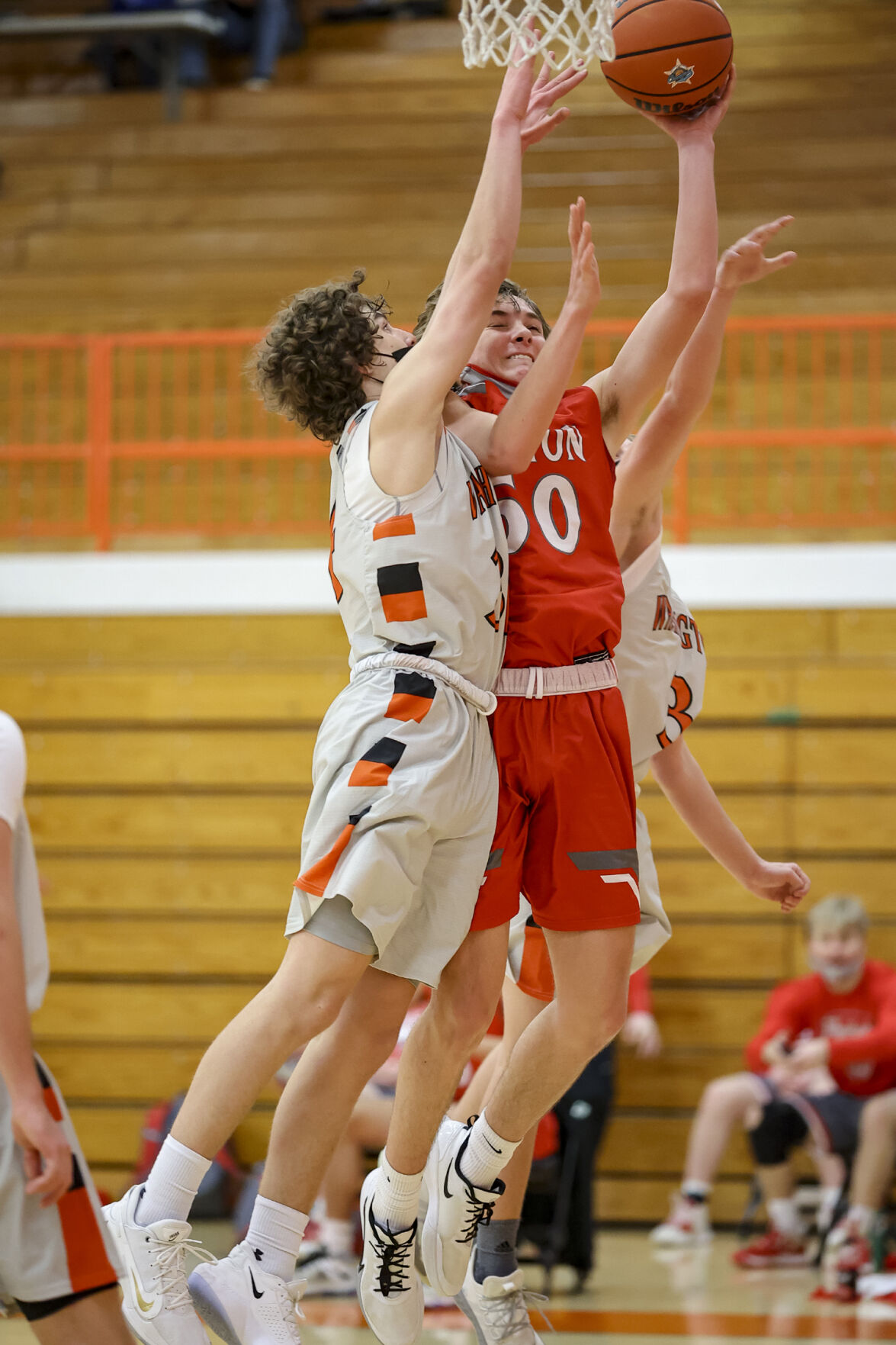 After a turnover due to full court pressure in the final minutes, Washington’s Tyler Bass goes up and dunks.

The Panthers boys’ basketball teams hosted the Potters on Tuesday, February 16.  In the sophomore game, the first period and most of the second period were close.  Washington had a strong finish to go into the half with a 28-20 lead.  Shortly into the third period, Morton erased the lead and tied the game 28-28.  The game was also tied at 42 after three periods of play.  Washington took an early lead in the fourth period and held on in the final minutes as they went on to win with a final score 59-54.  In the varsity game, the score was close through the middle of the third period before Morton had a run and led by 6 going into the fourth period and extending their lead to double digits multiple times.  With 1:30 remaining, Morton led 57-50.  Morton did not make a free through in the final 90 seconds.  Washington made pivotal free throws, including Tyler Bass making both of his free throws with 5.9 seconds left to give Washington the 58-57 win.