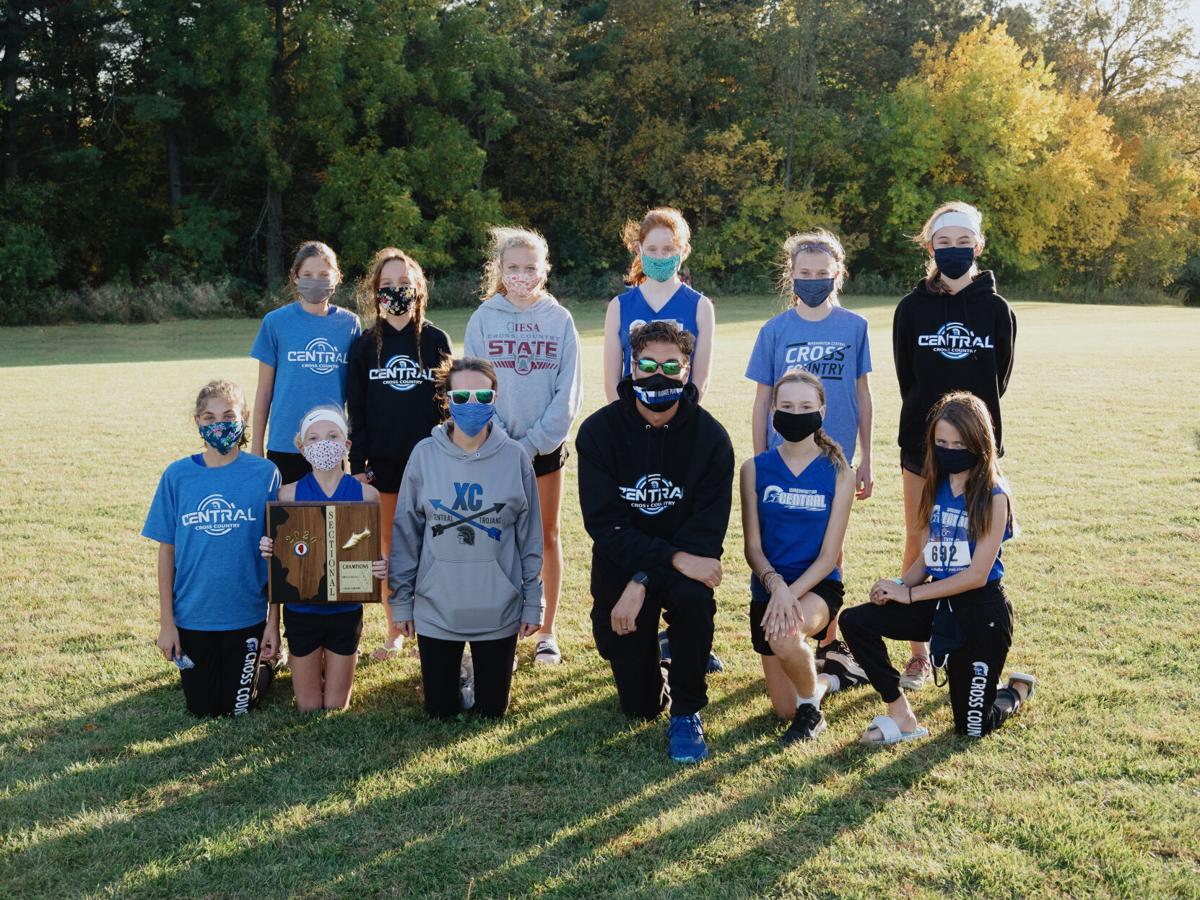 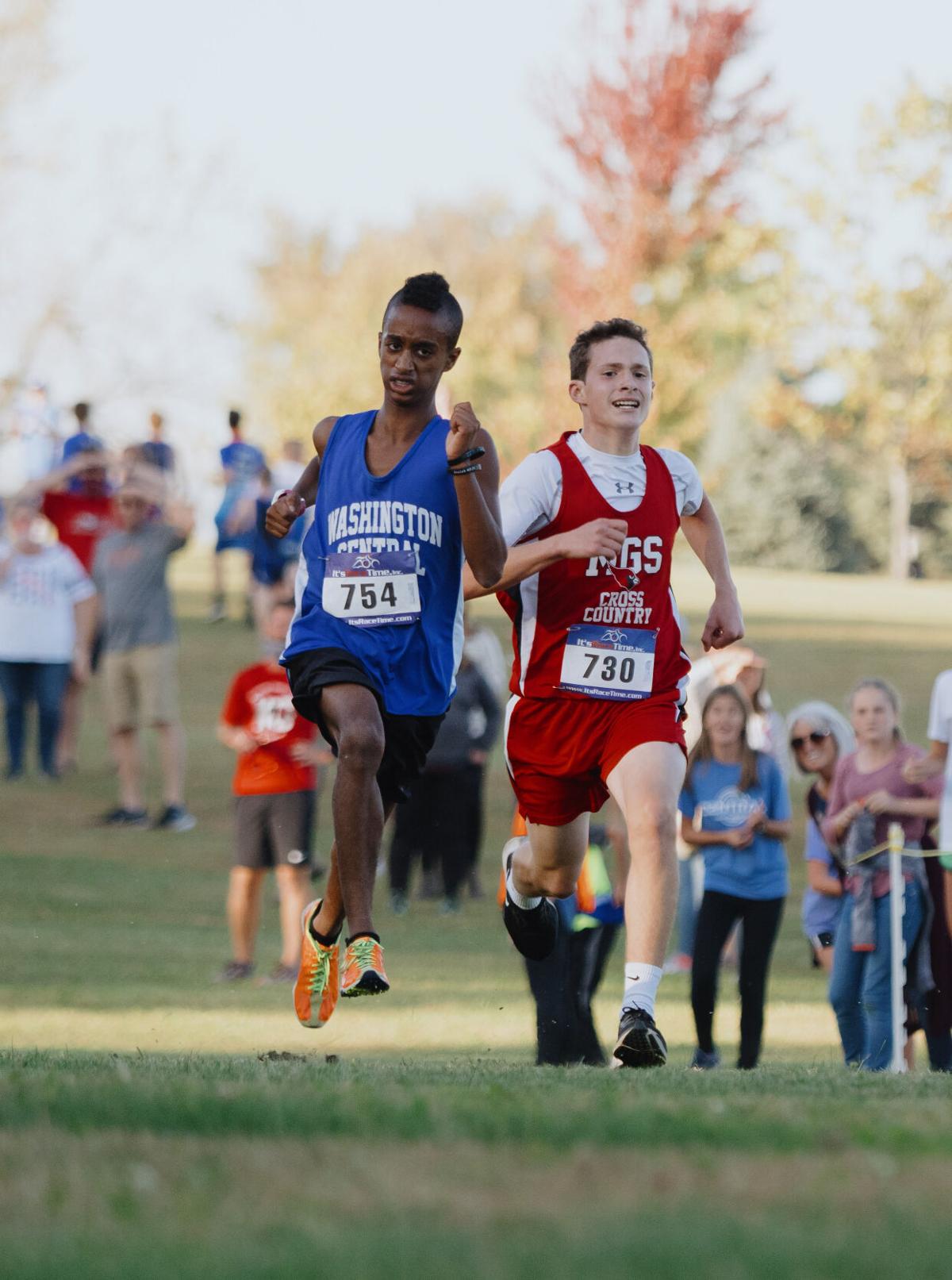 Fisher Rinkenberger (Central Intermediate School) won the boys’ race in an exciting sprint to the finish that saw him hold off challenger Trae Helwig (Metamora).

Fisher Rinkenberger (Central Intermediate School) won the boys’ race in an exciting sprint to the finish that saw him hold off challenger Trae Helwig (Metamora).

Cross-country teams from six area middle schools competed at the IESA Class 2A Sectional meet on Tuesday, October 13, held at Great Oaks Community Church in Germantown Hills. The meet was the final event of the shortened 2020 cross-country season.

The Central Intermediate girls’ team was the team to beat heading into the girls’ race. They had previously raced each team at the meet in a head-to-head competition and come out on top. Although Addy Elwell (Metamora), Callie Sturgell (Germantown Hills) and Jayne Hermann (Washington Middle) took the top three spots in the race, that wasn’t enough to defeat the CIS team, who had all five of their scoring runners finish in the top ten. Hannah Miller (fourth), Olivia Nordhielm (fifth), Maddie James (sixth), Tori Aberle (eighth) and Sophia Ramirez (ninth) earned an impressive team score of 32. Allie Woolever (19th) and Bailey Butler (21st) also ran for CIS.

“It is absolutely incredible to have five girls from the same team finish in the top ten, “ CIS coach Elizabeth Miller said. “The girls’ team is more than just seven ladies who like to run. They push each other every single day at practice while still having fun.”

The boys’ competition was much closer. CIS runner Fisher Rinkenberger won the race with a time of 10:48, beating second place finisher Trae Helwig (Metamora) by only one second.

“Fisher’s goal for the season was to go under 11 minutes. He set a goal for himself and worked hard at it every single day” Miller said. “He is truly a great example of hard work that pays off big time!”

“Charlie has grown so much since last year. He pushed himself every single day at practice. He worked very hard to earn that incredible third place finish!” Miller said.

His teammates Logan Walliker (12th), Ethan Kopinski (13th) and Grant Jaegle (23rd) also turned in impressive performances, but it wasn’t quite enough to defeat Germantown Hills’ team who won Sectionals with a score of 46 points. CIS were runners-up with a score of 52. Metamora came in third with 69 points. Eureka, Washington Middle and Tremont took fourth through sixth.

“Overall, this has been an incredible season for Central. We didn't know if we would ever even have one meet, much less a sectional meet,” Miller said. “I believe this will be a season that no one will ever forget!”