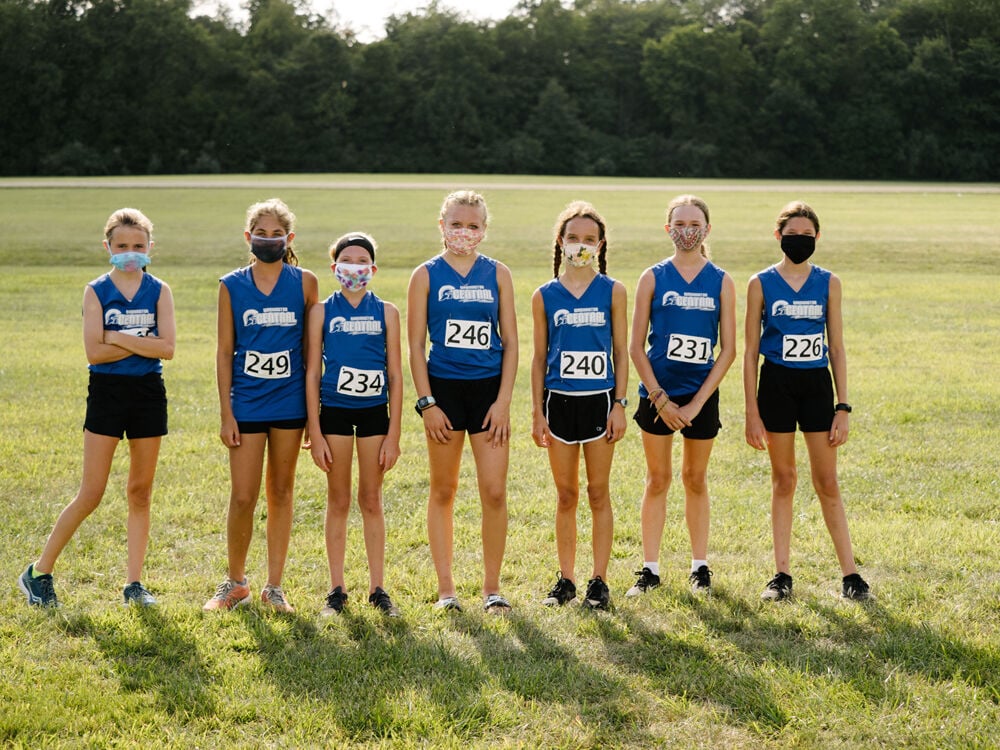 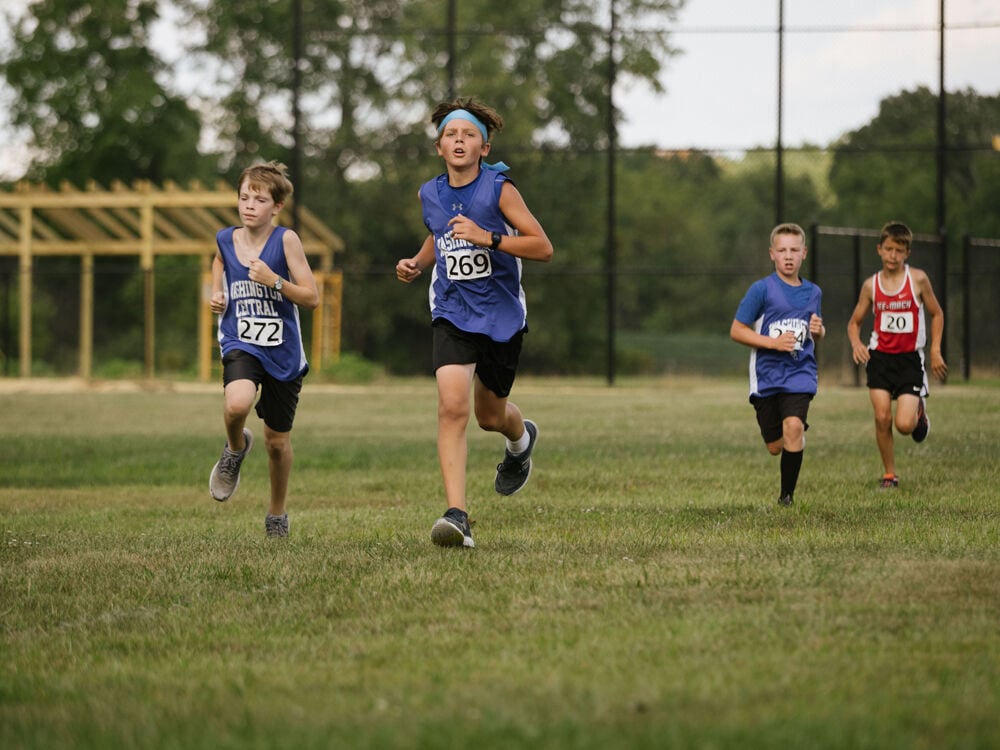 Central varsity runners Eli Mann, Ethan Kopinski and Owen Moehle on the course, with a runner from Dee-Mack close behind.

Central varsity runners Eli Mann, Ethan Kopinski and Owen Moehle on the course, with a runner from Dee-Mack close behind.

Cross-country meets typically involve teams from as many as 15 to 20 schools. The change to dual meets this season is in response to new coronavirus guidelines. Athletes also socially distanced and wore masks when not running. Spectators were limited to immediate family members and asked to socially distance. Many also chose to wear masks to the event.

“The students have adjusted to the protocols and have no trouble following the guidelines,” Central coach Elizabeth Miller said. “We are all so excited to be given the chance to be here and be a team.”

Central girls’ and boys’ varsity teams both came out on top in the meet.

Central eighth grader Olivia Nordhielm won the girls varsity race with a time of 13:14, closely followed by teammate and seventh grader Hannah Miller, who came in second with a time of 13:18. Central seventh graders Tori Aberle, Maddie James and Sophia Ramirez rounded out the remaining top five spots, giving the Central team a perfect score of 15 for the meet. Bailey Butler and Chloe Biscontine also ran for the varsity team.

“With only one week of practice, our runners looked extremely strong and confident,” Coach Miller said. “I look forward to watching what they achieve this season.”